Certified by the Saudi Authority for Accredited Residents

This is how airbags save you in a split second 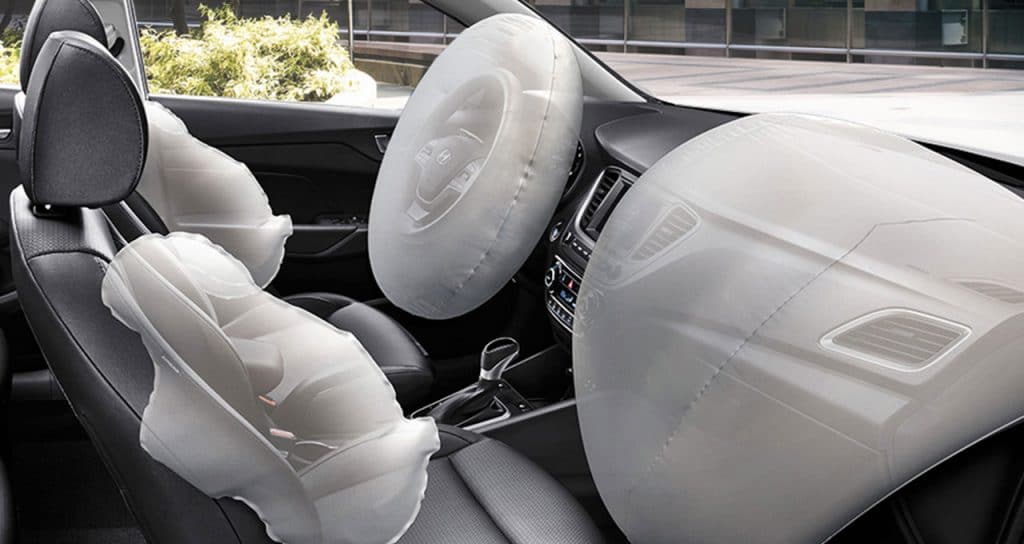 Over the past 20 years, airbags have become a primary safety feature on our cars, and for good reason, according to a report by the US government’s Road Safety Agency, NHTSA, that deaths from side road crashes have decreased by 41.3 percent. In cars equipped with curtains and side airbags.

Similar studies have also shown that in the event of a frontal collision, driver and passenger airbags can reduce fatalities by up to 63 percent.

These stats are reassuring, but have you ever wondered what actually happens in the second during which the passenger cushion is opened?

In the event of an accident, the car will suddenly slow down, which is bad for any of the passengers inside, because they will continue to move at the same speed, until they also hit something stationary, usually the dashboard or steering wheel.
While the seat belt reduces the severity of the quick stop somewhat, but it cannot provide much safety for passengers, and here the airbags begin their role in protection.

Throughout the vehicle, accelerometers detect sudden rates of deceleration indicating a collision. These systems are connected to a small explosive device that ignites to produce a sudden emission of nitrogen gas. This gas fills the airbag, inflating it instantly, quickly to cushion the vehicle’s occupants. This whole process takes only about four hundredths of a second.

It’s definitely going to be a violent experience, as the blow from the airbag deployment will likely leave your ears ringing, your face feeling like it’s pierced, and you’ll probably look like a clown thanks to the explosion of talcum powder used to lubricate the device while in storage.

But fortunately, you will greatly reduce the risk of injury in the event of an accident, so the pros and cons balance out together, in a positive way.

The aforementioned examples of airbags are stored behind the driver’s steering wheel, and on the front passenger’s dashboard.

They are often supplemented with additional airbags in the side of the seats or door pillars (side), along the tops of the doors (curtain) and under the steering wheel in the footwell (knee).

Some cars come with airbags under the hood that deploy when the car detects a collision with a pedestrian, and the Volvo V40 is one of the cars that gets this feature to help protect anyone unlucky enough from being run over.

If you plan to transport a child in a front child seat, you should make sure that the front passenger airbag is deactivated, as failure to do so could result in injury to your child.

We provide our customers with comprehensive and professional services

All Rights Reserved to CarTech Company Branch for Vehicle Services 2021